How To Remove A P-Trap

How To Remove A P-Trap

Another great part of the plumbing system is something called a p-trap. A p-trap is used at every plumbing fixture to stop the sewer gas from returning back up through the pipes and creating an awful stink in the dwelling or location of the pluming fixture.The P-trap is believed to be one of the most important parts of the residential plumbing drainage system some experts say. Just imagine what it would be like with the smell of the sewer fumes all through your house if the p-trap was not there to stop the sewage gases from entering.

Another common question is “how does a p-trap work”, and the simple answer to that is the p trap hold water in the U shaped part and that water stops the sewer gases from coming back up through the drainage pipes.
The p trap can be found on common household fixtures such as sinks, bathtubs , showers, laundry sinks and much more, Fixtures such as bidets and toilets have a trap built into them sometimes referred to as the water closet. There is something that is also called a house trap and the house trap is a trap that is at the beginning of the sewer line where the link comes into your house. The house trap is generally located in the basement or crawl space of the house or building unless you are on a slab then you should have a tap door in the cement somewhere to access it.

Many drainage problems can be resolved with the p-trap as it is the most commonly clogged up part of the drainage system. Things like hair, grease and other objects are always being washed down the drain and then clogging the p-trap so that water can not flow through. One other question that is common thing most people want to know is “if I dropped something down my drain can I get it out”, and the answer to that is yes most of the time, Just follow the directions below and chances are your item is in the p trap.

This lesson will explain to you how to remove a p-trap. The first thing you will want to do is to remove any objects or belongings from the area of were you will be working. For instance if your going to be removing the p-trap in the bathroom, make sure to move all the stuff from under the vanity. Now that you have removed all the stuff from around the p trap you will want to grab a pot, small bucket or tray that will fit under the p trap, so when you remove it the excess water can spill into the container and not all over your vanity or floor, depending on where you are working.

With your bucket or drain pan in position look at the p-trap and you will see two nuts, one on each side of the p-trap bend. Each of those nuts needs to be turned counter clockwise to be removed but you must remember that sometimes those nuts are screwed from the bottom up so make sure you are turning them the right way. Make sure to loosen the nuts one at a time and leaving the first nut on by a thread or two so that when you are loosing the second nut the trap does not just fall into the bucket on you.

Once you have removed the two trap nuts you can now spill out the water that is inside the trap bend and also dump out the rest of the hair, grease or even that prized possession you had dropped down the drain and you never thought you were going to get back. Just think if you were to spend a few minutes and look what is exactly broken or needs to be replace on your p trap, you may just be able to buy a few parts for it instead of buying a completely new p trap. That saves you money and also saves your carbon footprint on the earth as well. Just a thought. 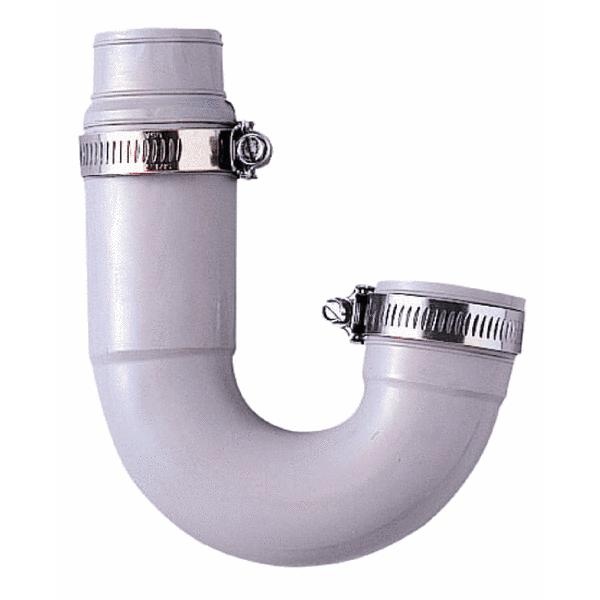