The Deepwater Horizon is an offshore drilling platform that has seen many successes but is destined to go into history for it’s colossal failure while drilling a well in the Macondo Prospect Field in the Mississippi Canyon off the coast of Louisiana. While drilling the well a blow out occurred on April 20, 2010 at 9:45 PM CDT killing 11 workers on the rig and injuring many others, the Deepwater Horizon sank to the bottom of the Gulf of Mexico about 36 hours later on April 22, 2010 triggering a massive oil spill that is destined to go into history as one of the largest spills ever. 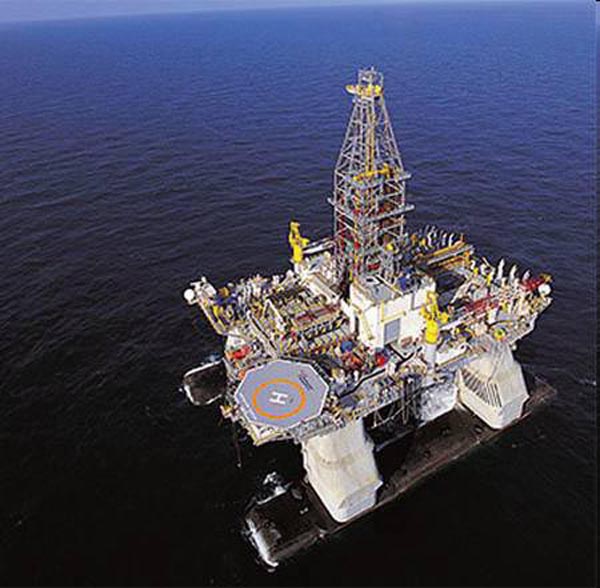 Hyundai Heavy Industries of Ulsan, South Korea built the Deepwater Horizon, with construction on the rig starting in December 1998. The Deepwater Horizon was originally ordered by R&B Falcon, which was acquired by Transocean Ltd. while the drilling rig was under construction. Transocean Ltd. took delivery of the rig 26 months later in February 2001 with its maiden voyage from Ulsan, South Korea to Freeport, Texas.

Following delivery the Deepwater Horizon drilled many successful wells in the Atlantis, Thunder Horse, Kaskida, and Tiber Oil Fields including a well in the Tiber Oilfield in 4,132’ deep water, that went to a depth of 35,055’ exceeding the design spec of the rig by over 5,000’ becoming the deepest well in history at that time.

Transocean Ltd. in 2008 leased the Deepwater Horizon to BP Exploration until 2013 for drilling in the Macondo Oilfield for $496,800 per day. Drilling on the ill-fated well started February 2010 in a water depth of about 5,000’. At the time of the accident Halliburton was cementing a casing in place and workers on the rig were in the process of the final phases of drilling operations where they plug the well and the drilling rig can move to another location to drill another well. The 18,000’ deep well suffered a blow out and when workers on the Deepwater Horizon attempted to close the blow out preventer the device failed to operate. After the subsequent explosions and fire the Deepwater Horizon sunk about 36 hours later on April 22, 2010 and is resting on the sea bottom about 1/4 mile northwest of the leaking wellhead.

Estimates of the volume of leaking oil from the BP well are varied but a final solution is not likely to occur until relief wells are drilled and a bottom kill is accomplished on the well. A similar incident occurred on a well in the Bay of Campeche of Gulf of Mexico owned by Pemex in 1979. The Ixtoc I however was only in water 160’ deep and was drilling at a depth of 11,800’ when the blowout occurred and the effort to stop the flow of oil leaking into the gulf took 9 months. The leaking BP well is destined to have its spill exceed the Ixtoc I and probably go into history as the third worst oil spill in history exceeded only by the spills of the 1991 Gulf War Oil Spill and the Lakeview Gusher.