When the time comes to replace or even install a brand new 40 or 50 gallon water heater there will be many water heater companies to choose from. All water heaters or as some people like to call them “hot water heaters” basically work in the same way. The water heaters job is to take cold water and to heat it up to the temperature that you desire by simply setting or adjusting the thermostat on the unit. 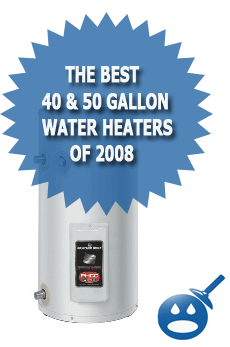 One of the more popular and well know water heaters made by the Rheem water heater company is the “imperial water heater”. The Imperial comes in both the 40 gallon and the 50 gallon size. This water heater is also rated as a low NOx water heater which will produce less emissions compared to many older models of water heaters. All of the Imperial units come factory installed with Rheem’s high efficiency Guardian System. Rheem water heaters have one of the highest ratings in the plumbing and heating industry and is also a preferred choice by many contractors, plumbers as well as plumbing supply houses. If you live in a high altitude climate then you do not have to worry as well as this unit is also high altitude compliant. Rheem also makes sure that everyone of these units meets the requirements of the National Appliance Energy Conservation Act. There is also no need to worry about wiring the unit as each unit is factory tested and wired before being shipped out. 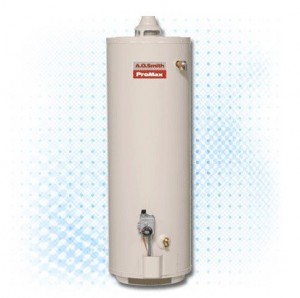 Another popular and well crafted product today in the water heater market is the AO Smith Max Direct Vent water heater. The Pro Max Direct is designed with a single pipe two channel closed combustion system.  AO Smith offers the promax heater in 4 different models including the 40 and 50 gallon model. When the time comes to light the heater you will be thrilled to hear that that this water heater comes equipped with a push button piezo igniter to take the hassle of firing up the unit. The AO Smith Promax is coated with something special developed by AO Smith called Permaglas. This coating provides extra protection against corrosion and that will help extend the life of the water heater. A Dynaclean diffuser tip is also include by AO Smith and this tip helps prevent the build of of sediment. The 40 gallon models require the heater vent pipe to be at least 68 inches. The 50 gallon AO Smith Promax water heater requires the event pipe to be at a height of at least 76 inches.

The Bradford White water heater company is well know for there quality 40 and 50 gallon water heaters. The Aero series is a compact system that can be installed in such places like basements or other small areas were a traditional tall water heater would not fit. The Bradford Aero Series has a unique control system with a dual immersion aquastat and that is included with the burner on this model. The model of water heater is highly rated and is considered to be a high efficiency water heater with 1″ non-CFC foam insulation. The fittings come in standard 3/4″ npt and of course there are dielectric fittings. The Beckett burner that is included as part of the standard build is considered to be considered a green friendly or ECO-friendly water heater because it can work with up to 5% bio fuel. If you choose you can also order the Aero Series with a Carlin or Riello burner. There is also a 6-year limited warranty on the water heater tank with a 2-year limited warranty on the parts and burner. 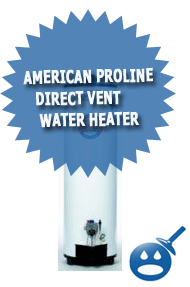