I have never unclogged a toilet with drain opener nor will I! Let me explain this please. I am a service plumber and have cleared many drains, I also am on several well-known plumbing forums on the web offering help to people with plumbing problems. The subject of using drain opener on a toilet frequently comes up on those forums and just this morning on a popular “How To” website I see a brand new article telling people “How To Unclog A Toilet With Drain Opener” which prompted me to write this article. I was appalled that any website which claims to be an authority on ‘How To’ could offer such inept and possibly dangerous advice. 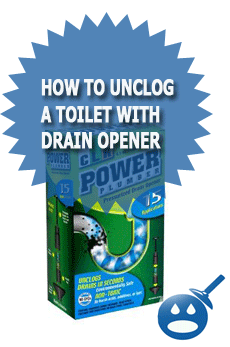 Drain openers while they may offer limited results on other drains than toilets with the typical hair and grease clogs are not designed to handle the clogs in a toilet. The clogs in a toilet are caused by solids such as toilet paper, feces, and sometimes foreign objects that are caught in the trapway of the toilet after being flushed that the waste is catching on.

Drain Opener will never dissolve the material clogging a toilet. In addition the chemicals in drain opener are hazardous often-strong bleach based, caustic based, or even some that are acid based which if used create a hazardous soup in your toilet. Some of the drain openers may even generate heat, which can cause a toilet bowl to crack. At best when the toilet remains clogged and you follow the advice on this popular “How To” website you pull out the plunger after 30-minutes of the drain opener not working and try to plunge the toilet with the bowl full of the drain opener. Don’t do it! If this hazardous soup in your toilet bowl splashes on you it can bleach or, burn holes in your clothes, burn your skin, and if it gets in your eyes cause blindness or, severe eye damage. 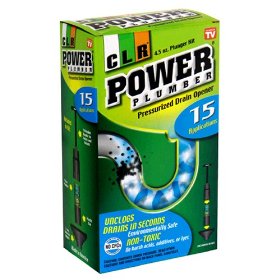 The advice I offer is to skip the chemicals that do not work. First use a plunger. I find that plungers, which have a rubber funnel that, can be unfolded from inside the plunger offer better sealing on toilets even the ones that have square holes. Fill the toilet bowl with water higher than the normal water level of the bowl to just short of reaching the rim. Then extend the rubber funnel on the plunger, then put the plunger in the bowl and tilt it as much to the side as possible allowing the plunger to fill with water. Put the plunger to the drain opening, sealing it against the opening as good as you can.

Slowly push the plunger down against the outlet of the bowl then draw back quickly allowing the suction to pull the clog back, repeat several times and more than likely you will be rewarded for your efforts with the bowl suddenly draining. If the toilet does not unclog with the pull back method a second technique that I have good plunger results with is to use the plunger with quick short strokes in and out, which will vibrate the clog causing it to loosen and open the drain. I avoid long hard pushing strokes which can cause the clog to become tightly packed in the trapway as this will make the clog harder to break up and remove.

You may also use a closet auger to unclog a toilet. The closet auger is a special type of snake designed just for toilets. The closet auger has a “J” shaped tube, which supports and guides the snake into the toilet trapway. The tube is also coated with rubber to prevent the bowl from being scratched. A regular snake does not have the supporting tube and will horribly scratch the toilet bowl, in addition to just getting tangled up trying to get the snake into the trapway. They sell cheap econo-augers for about $10 but avoid those they are not strong enough to do the job. Instead my recommendation is to buy either a Ridgid or, General brand 3-foot closet auger with a drop head, which sells for about $40.

To use the closet auger you simply grab the tube and the handle and pull the snake portion of the auger back inside the tube. You then place the tube into the outlet of the bowl and while holding the tube in place turn the handle while slowly pushing the snake into the drain. As the closet auger snake goes through the trapway it will break up the clog allowing the bowl to drain and if there is a foreign object there is a hook on the drop head which may hook the foreign object and you just stop turning the handle an quickly pull back on the handle removing the snake from the drain bringing the object out on the hook. Using a closet auger requires a “feel” but as long as you don’t try to turn the handle or, push the snake in too hard you probably will do all right with it. The closet auger is actually my preferred tool for unclogging a toilet.

Please do not use drain openers in a toilet.