The shower can be the most relaxing place in the house after a long day but when you get into that shower and the show head has no pressure, the shower become less enjoyable fast. The problem is that many people think that the shower head will have to be replaced and often it does but sometimes you can try a few things before replacing your shower head. 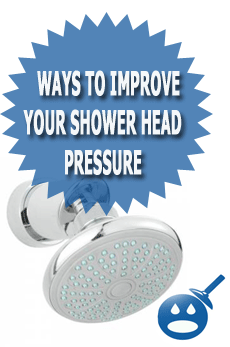 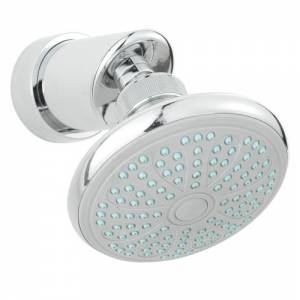 If your shower head is less then five years old you will want to remove the shower head from the shower arm. You will then want to get an old pot or a bucket and then fill it with some iron mixed with water and let the shower head soak for 12 hours. Most of the time iron will build up inside your shower head nozzles and then restrict the water flow which will result in a shower that has less water pressure.

Now that you have soaked your shower head you can reinstall it by screwing it back on to the shower on but first you might want to re wrap the shower arm threads with some Teflon tape to ensure a tight seal.

There are also a bunch of common questions people ask from day to day and here are some of them with answers:

Q: What is a low flow shower head?

Q: What tools will I need to replace my shower head?

A: You will need a crescent wrench and maybe a pair of channel locks.

Q: How do I unclog my shower head?

A: Using the methods we described above.

Q: If the shower head is expensive does that make it better?

A: That depends, however, there are many great shower heads that are not expensive.

My shower head is good but I still have no shower water pressure!

If your shower head has been repaired or replaced and you still have no water pressure when you take a shower then there could be something wrong with the plumbing system. Noe depending were you live will determine how you can fix this issue.

If you live in an apartment building, or a rental you can notify the landlord so that they can have a plumber come and check out the water pressure. If you own your home you may want to call the local water company or the plumber. They both will be able to tell you how much water pressure you have.

If you have a well and do not have city water, your well may be running dry or you could even have a problem with the foot valve and so on. At this point its best to call a licensed well repair man.