Boiler Efficiency Regs Could Save 10 Percent of EU Energy Consumption

New European boiler efficiency regulations could save up to 10% of annual consumption on the continent, according to reports from Energy and Environmental Management.

Energy efficiency standards are to be made more stringent through new measures, as part of the EU’s commitment to reducing emissions and improving energy efficiency in the home over the coming decades. 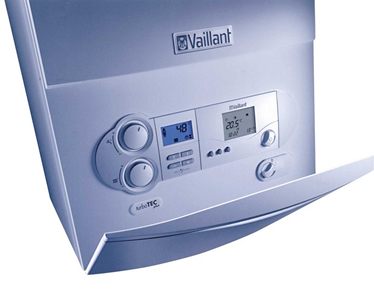 The changes in minimum energy efficiency specifications mean that the effects on consumption could be felt by 2020, helping homeowners save thousands on the costs of their energy bills.

The new Ecodesign Directive will establish a framework for the design of water heaters and boilers, with new labeling requirements making it easier to identify the efficiency of particular models.

Domestic boilers powered by oil and gas currently account for around 17% of total EU emissions. From 2015, the measures will see old-style boilers phased out across the region, with new appliances to be graded from ‘A double+’ to ‘G’ depending on their comparative efficiency ratings.

The European Environmental Bureau said that the impact of the Directive on domestic appliances could contribute some 15% towards EU 2020 energy efficiency targets – a major step towards achieving a 20% improvement in EU energy efficiency since 2005.

The implications of the directive have been welcomed by environmental campaigners, with more efficient consumption projected to have a less onerous impact on emissions and climate change.
Daniel Yergin, Pulitzer Prize-winning author of several energy books, said the move to reduce domestic energy waste would help meet CO2 emissions reduction targets and combat the effects of climate change.

“The European measures could significantly reduce levels of energy consumption in tens of millions of homes across the EU. Rolling this model out in other regions, or applying similar measures to improve efficiency, could have a marked and lasting effect on the environment.”

However, some groups have raised concern over the higher cost of appliances, and onerous regulatory conditions that could see some types of energy-efficient water heaters simply priced out of the market.

Dana Popp, for the Association of the European Heating Industry, suggested that the changes could force some homeowners to switch to electric-powered water heaters – a move that could actually drive up emissions in the short-term.

New boilers are expected to retail at around 60% higher than current market prices as a result, but efficiency will increase from an average of 50% to 81% across two standard models. This means homeowners can offset the reduction in annual energy costs against the higher purchase price.

While the Directive is still awaiting EU parliamentary approval, it is expected to come into force for new models from 2015.

The new labeling framework is to be brought in by 2019. This means there will be a period of several years’ crossover where old-style gas and oil boilers are given more generous energy efficiency status than will eventually be the case.

Despite vocal opposition from some of the larger boiler manufacturing member states, including Italy and Germany, analysts are now suggesting the bill is ready to be considered by the European Parliament ahead of its implementation in two years’ time.